The Journey of an Australian Open Ballkid 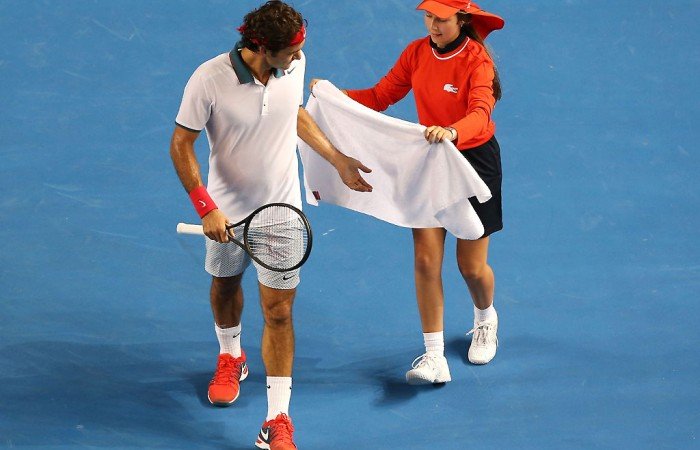 Ballkids is one of the coolest experiences I have ever had. You are quite literally up and close with all the players and amongst the action of the Australian Open like no other person. Even though I only made it in on my last eligible year, it was one of the best summer experiences I’ve ever had. This is a little bit of the process you go through:

At the Australian Open in Melbourne, the ages to be a ballkid is between 12-15 years of age. This means that kids who are 11 can try out the year before the tournament starts, as long as they turn 12 before January 1.

The first trial is usually around February – March and is done at a local tennis club/facility that you select when registering. During this trial, supervisors are looking at your ability to roll the ball, catch and throw the ball. If you are successful through the first round you will complete your second trial at Melbourne Park. If you move through trial 2 you will be invited into the ‘training squad’. This means that from around August – November you will complete four training sessions. In the training sessions, you complete drills to help with your rolling, throwing, catching, and general match flow on the court. After the four training sessions, you will find out if you have made it into the official squad and if successful YAY. You do one more training session and then begin real matches including December showdowns/playoffs through to the actual tournament.

Working at the Australian Open

During the tournaments, you will ballkid for 45 mins or an hour depending on how hot it is, and then be off for 45 mins/hour. Shifts will either be in the morning, arvo into the evening and or night. There are two positions as ballkid, the 2 net ballkids, and the 4 base ballkids. As a net ballkid, you are responsible for collecting any balls that hit the net or land in that general area and distributing them to base ballkids where required. Net ballkids also help with player service (such as giving them a cold towel) and a few other roles. Base ballkids are located at the back of the court in each corner, and are responsible for collect balls in their area, serving balls and towels to players. For the court to run smoothly all the ballkids must communicate with each other and work as a team. Ballkids are usually placed as a net or base ballkid depending on their height (taller kids are usually base ballkids, and shorter kids are usually at the net), however, it can always change, and it is important to be able to perform both roles if need be.

There are many benefits of being a ballkid besides being close up to the action. For kids, this is a great introduction to “working” in a professional environment, where kids can learn responsibility. It is also a great social environment where kids can meet many people and make friends. Ballkids is an awesome opportunity for kids to get involved in not only the Australian Open but many other tennis tournaments, and I would highly recommend it to anyone.

(Attached below is some further information about ballkids).
https://worldtennischallenge.com/wp-content/uploads/2016/08/Woolworths-Ballkids-Program-at-the-WTC-2017-Training-guide.pdf