Skip to content
Term 2 Tennis Coaching
Bookings are now being taken for term 2. It may be starting to get cold but it's still a great time to get out on court and to keep active.


We offer a range of coaching options for kids and adults across 4 of our venues around Melbourne but spots are limited and fill up fast, so click here to book now!

Ten Tennis Tournaments to Add To Your Bucket List 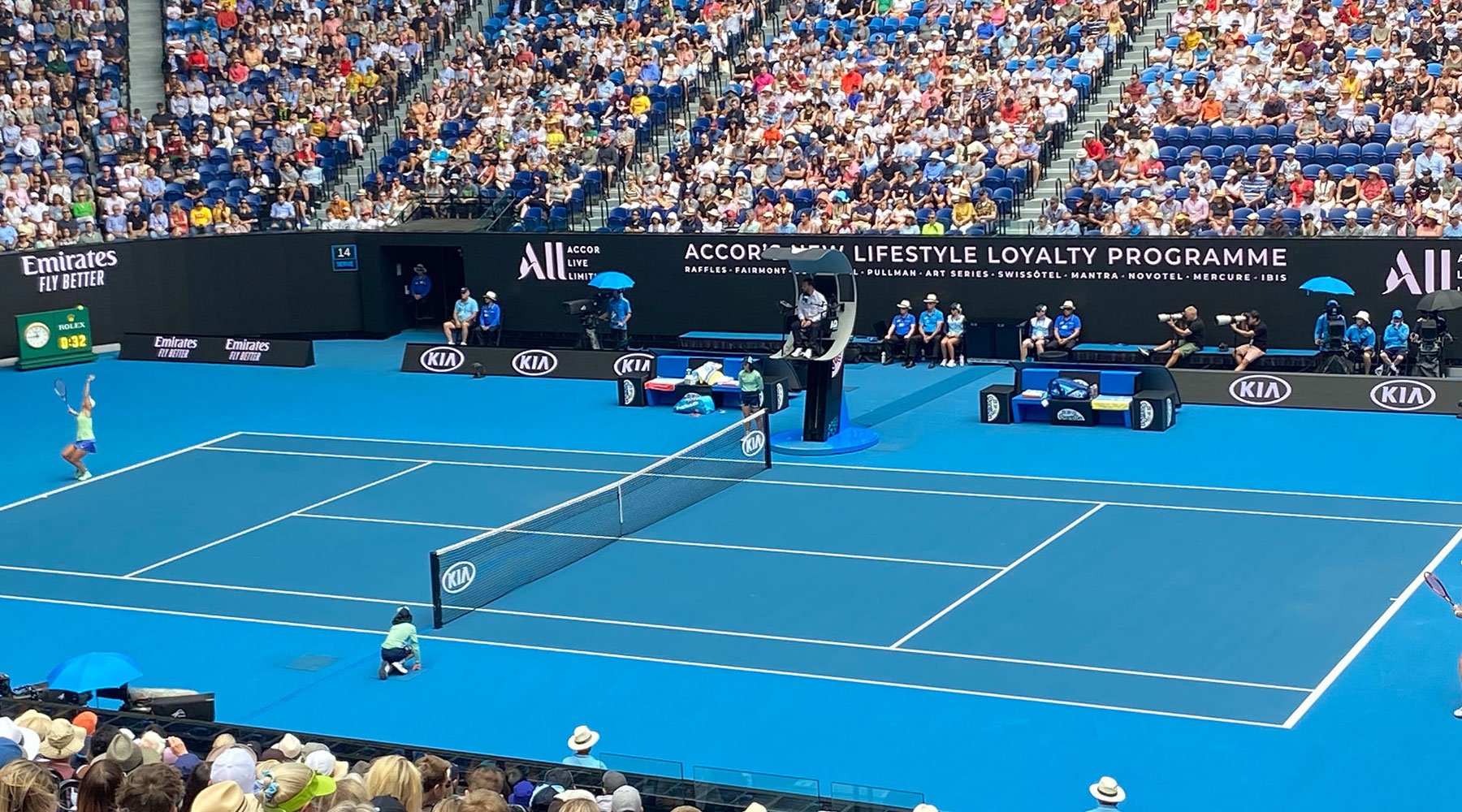 Tennis is played in 211 countries around the world so you can imagine there would be some pretty amazing destinations to go and watch the world’s best players fight it out! Here are 10 Tournaments from around the world that you’d be more than happy to spend your hard-earned getting to……

This one is a no-brainer! The history, the prestige, the surface all make Wimbledon the not-to-be-missed tournament. The atmosphere in the grounds is like nothing else with all the courts being so close together, the roar from Henman Hill or Murray mound (depending on which generation you’re from) when one of the many Brit players is playing is something to behold and even Centre Court has this feeling like you’re stepping into a revered church or palace. The tennis is much faster paced due to the surface not being as conducive to long rallies but is nonetheless exciting! Make sure you get to sample the Strawberries and Cream and a glass or two of Pims and you’ve had the true Wimbledon experience!

In the lead up to the French Open, there are a number of lead up tournaments for players to get accustomed to the red dirt. The one all the men want to win is the Monte Carlo Masters. Set in one of the most beautiful parts of the world the tournament has over 120 years of history and its courts look out onto the Mediterranean Sea! Rafa Nadal seems to like the courts very much – he’s taken home the title a record 11 times!

If you’re looking for a picturesque venue to watch high-level women’s tennis then you can’t go past the Palermo Ladies Open held at the Country Time Club in Palermo each August. The courts are set at the foot of the mountains in Palermo and not far from the shores of the mediterranean sea. The courts have the look and feel of a local club which allows the spectators to get up close to the action. The tournament is played on European Clay meaning the rallies are long and super competitive!

All tennis tournaments create their own level of excitement and fever pitch but there is something about the US Open held at Flushing Meadows which sets it apart from the rest. Maybe it’s the humidity at the back end of the American Summer, maybe it’s the sun beating off the acrylic surface or maybe it’s just that the American crowd love to party even at major sporting events. Whatever it is, the players arrive at the end of August each year to determine the last Grand Slam champion for that year. At Wimbledon you’d expect crowds to be courteous, respectful and polite, the US Open, not quite as much but at the same time, what a great contrast!! If you can, try and get a seat on Arthur Ashe Stadium – the biggest stadium court in the world. Just be careful to not book seats in the top tier otherwise you might need your binoculars.

Like all tournaments that have made this top ten list, the Paris Masters 1000 has a unique point of difference – it’s the only Masters 1000 event to be played indoors! What this means is that you will get the best 64 players on the ATP Tour battling out with some seriously fast-paced tennis. As you can imagine, indoor courts historically play faster due to the fact the players are dealing with none of the usual elements (wind, sun, rain) that they experience outdoors. This all equates to shorter points and often a lot more net play. The quality of tennis is guaranteed to be of the highest order, there’s no chance of getting rained out or suffering in the sun and lastly, the event is held in Paris, and who doesn’t like spending time in one of the most beautiful cities in the world!

Sticking with the French theme you definitely cannot miss attending the French Open at least once in your life. The red clay of Roland Garros makes for some insanely competitive points and the length of rallies can seem to go on for days! Taking out the title is a true test of resilience and perseverance over the two weeks. The crowd at Roland Garros are like no other – unsurprisingly they’ll back their French comrades to the hilt but that’s not to say they won’t support one of the foreign invaders trying to take their crown. Over the years, Steffi Graf, Rafa Nadal, Roger Federer and Jim Courier have all been huge fan favourites in the French capital! No player has come close to Rafa though when it comes to winning the French Open – the Spanish bull has taken the trophy home an astonishing 12 times! On the women’s side, Chris Evert has won the title an amazing 7 times!

The Laver Cup concept has only been with us since its inception in 2017 but it’s proved such a huge success that it has become a MUST on any list! The format is simple – think Ryder Cup of Tennis. Team Europe vs Team World. 6 players on each team and they are selected based on their World Ranking. Matches are played over 3 days with 9 Singles and 3 Doubles matches deciding the winning team. The coolest part about this tournament is you get to see great rivals actually teaming together in doubles matches and giving each other courtside instruction at the change of ends. Team Europe have taken out the event all three times but when you’ve got Roger, Rafa and Novak on one team do you expect any other result?!?! As the tournament moves venue from year to year, check the Laver Cup website where the next one is should you want to attend!

Commonly referred to as the 5th Slam, the Indian Wells Tournament consistently draws huge crowds (over 400,000 in 2020) year in year out to its stunning venue. Set in the amazing tourist destination of Palm Springs in California the tournament attracts all the world’s best players to fight it out for the title of Indian Wells champion. From a spectators point of view, Palm Springs has everything you want if you want to combine the tennis with a relaxing March Holiday – amazing weather, luxury resorts, high-end dining and shopping options, spas and world-class golf facilities.

The Rome Masters (Men’s Tournament)/Italian Open (Women’s Tournament) is one of the key Clay Court warm-up events for the French Open and has been staged each year since 1930. Much like the French Open, the crowd creates an amazing atmosphere and if you can get in the stands for a match featuring one of the local Italian players you’ll be in for a treat! Outside of the hotly contested matches out on court, you’ll be able to sample some of Rome’s finest food, amazing shopping options and world-class musical performances. Similar to Monte Carlo, Rafa Nadal has a particular liking for this tournament taking out the title 7 times and Chris Evert taking home the Women’s Title 5 times.

I’ve saved the best for last! The Happy Slam as it’s commonly referred to and also the Grand Slam of Asia/Pacific. The Australian Open consistently prides itself on being the Slam made for the fans.
The grounds are spacious (helps to fit the average 58,000 people per day), there is something for all ages with an amazing Kids Club for 5 -12 year olds, countless eateries displaying Melbourne’s abundant food scene, world-class live entertainment showcasing some of the best international and local artists performing on a live stage through the two weeks and of course, we can’t forget the World Class Tennis the first Slam of the year brings. Year after year the tournament improves from a fans perspective through the development of new stadiums, entertainment areas and improved transportation options. The added bonus of the Australian Open is that it is staged right in the heart of the city and is a mere 5-minute tram journey from Flinders St train station. This allows all fans the option to explore one of the most liveable cities in the world combined with viewing world-class tennis!