The FDT Coaching team are committed to making all players the best they can be. Our Tennis Australia Qualified Coaches deliver informative and engaging lessons while ensuring each lesson remains fun and enjoyable from start to finish.

Book into one of our lessons right away as we cant wait to step out on court with you! 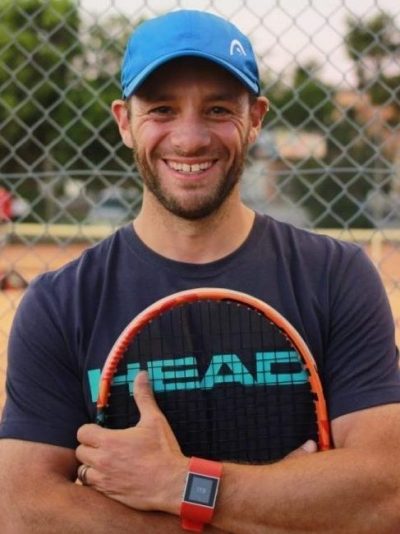 Alexei is the Owner and Head Coach of Future Demand Tennis. He has 21 years coaching experience both in Australia and abroad and currently holds a Tennis Australia Club Professional qualification. He is passionate about providing a strong learning environment for all players and is driven by seeing them progress and grow through their tennis journey.

Hollman has been playing tennis for over 10 years, and enjoys seeing students learn and gradually build their game.  He believes that by seeing tangible growth in those learning tennis, reward comes through continual practice and continual improving on what you already know. 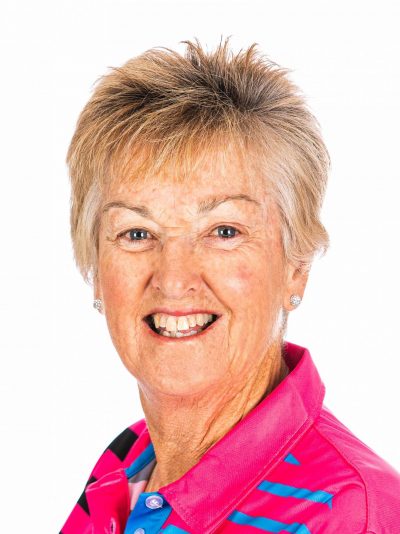 Linda is a seasoned tennis coach who has successfully operated in the Victorian Tennis industry for 35 years. This success has also been translated internationally in England, Spain, USA & Fiji. During the last 35 year Linda has not only become one of Victoria’s leading tennis coaches but has also developed a tennis services business which incorporates all of her skills and networks. One of her greatest skill is to identify with people of all ages and ‘get into their world’ while maintaining high technical standards and a fun and enjoyable approach to the game. As an effective leader of people her effervescent personality is infectious and she uses this to focus around events and tasks so she can be relied on to achieve excellent performance from both herself and others. She has a passion to succeed in every endeavour and a ‘can do’ attitude which brings with it results rather than simply a whole lot of activity. 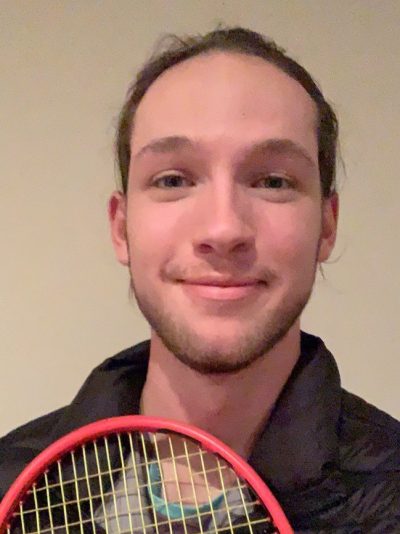 Calum has been playing tennis on and off since he was 5 years of age. He has played in most levels of the Australian tennis systems, reaching his highest ranking at the age of 14 before taking a break from the sport. Calum has been coaching for 3-4 years now and has worked for three different companies along the way (Box Hill being the latest of the three!) picking up new skills along the way. Calum enjoys coaching as he know that he can help to shape kids lives and their enjoyment for tennis, and honestly, can’t imagine much to be more rewarding! 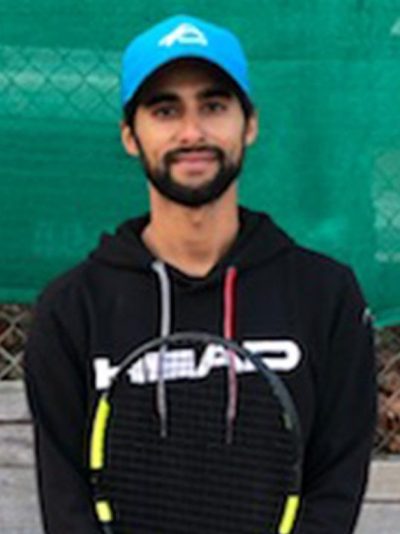 Rav has been playing tennis since he was 9, and now in his 21st year and still learning. Rav played at the national level in India and represented his district at the state level, reaching a rank of 271 in the country. Rav loves coaching as it keeps him outdoors and in touch with the sport he loves most. He also enjoys being around children and watching them develop and being a coach allows him to see this development. Outside of tennis, Rav is very passionate about music and loves going to concerts and music festivals. 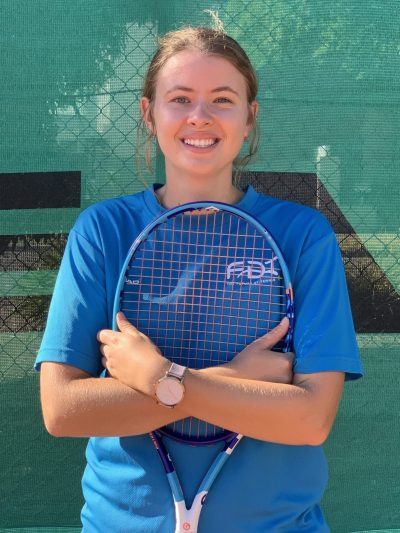 Beth is 19 years old and started playing tennis when she was in primary school at Box Hill TC. Over the years she has participated in weekly training sessions, school and weekend competition, which includes juniors, open rubbers and women’s pennant. She started working at Future Demand Tennis 4 years ago and has absolutely loved here time here. Beth loves seeing all the kids have fun and develop their skills! Outside of tennis, Beth is studying Exercise and Sport Science at Deakin. Beth also really enjoys traveling, photography and film, music and generally going on adventures with friends! Beth is super happy to be apart of the coaching team at Future Demand Tennis and looks forward to seeing everyone out on the court! 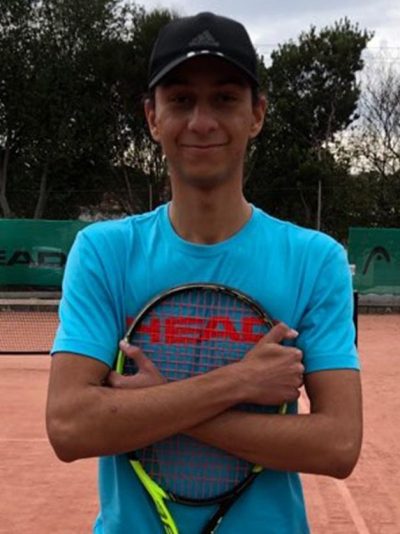 Parsa has been playing tennis for at 7 years. Parsa has played competitively in tournaments, pennants and junior competitions. He has recently started coaching after completing a coaching course and has been really enjoying being able to teach kids how to play tennis and have fun. 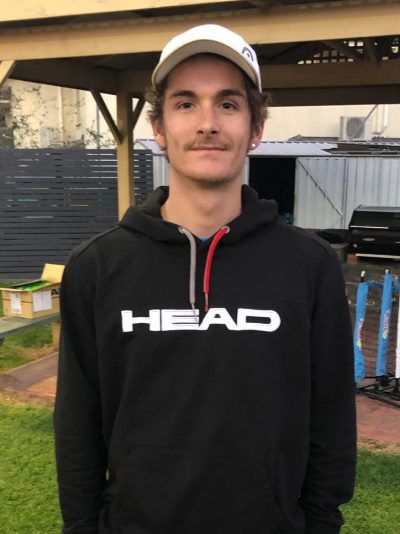 Sam has been a coach at Future Demand Tennis for 4 years. Sam has been playing tennis pretty much his whole life and was actually coached by Alexei for most of my tennis career. Sam loves being a coach as he believes of the importance in being connected with the players and kids in a way in which you can see how they progress as a tennis player and even as an individual. Also being looked up to as role model for the them is also something that he takes pride in and enjoys!

When Sam isn’t coaching tennis, he’s busy listening to music or mixing music. Sam has a very big passion for DJing and would like to hopefully start producing his own music soon. 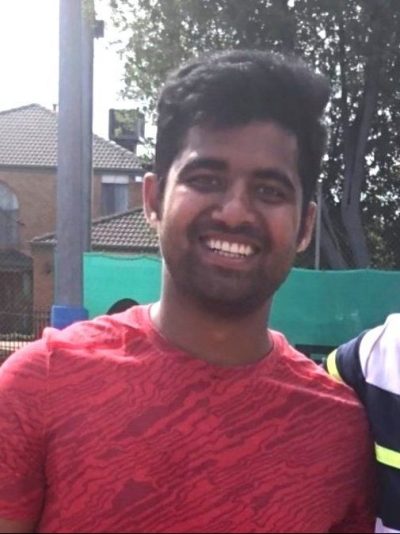 Sonaal has been playing since he was 8, over the years he has played various district, state and national level tournaments in India and attained the rank of 97 in the national u-16 junior ranking. He was fortunate to be trained among some of the best junior tennis players in India, including Yuki Bhambri (2009 Junior Australian Open Winner). He started coaching in 2014 and in that period he was also a hitting partner to Prerna Bhambri (Indian Fed Cup Player). On the court he is an aggressive baseliner who likes to construct and dictate points and also feel comfortable enough at the net.

Currently he plays comp and pennant for Box Hill TC and joined Future Demand Tennis as a coach in 2018. Possessing a very friendly and down to earth personality, he loves to interact with people and enjoy helping children and adults develop their game. Sonaal is entrepreneurial, working currently on his own project, and likes to analyze numbers on company reports and financial markets. In his free time, he likes to read or play board games and outside tennis he likes to travel and explore 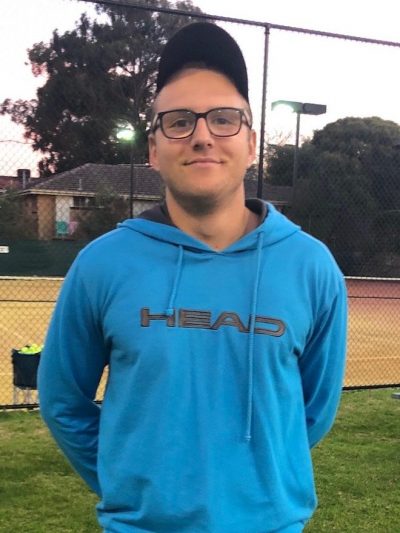 Charlie has been playing tennis for 10 years and is an active member of the Box Hill Tennis Club. Over the past 6 years he has been heavily involved in junior development as both a little athletics coach through Athletics Victoria and an Age Group Manager with the nippers program at Cape Paterson SLSC. In 2014 he commenced coaching tennis at FDT. Charlie’s enthusiastic and energetic coaching style is  complemented by his engagement with his students and his passion for them to have fun while improving their tennis skills. 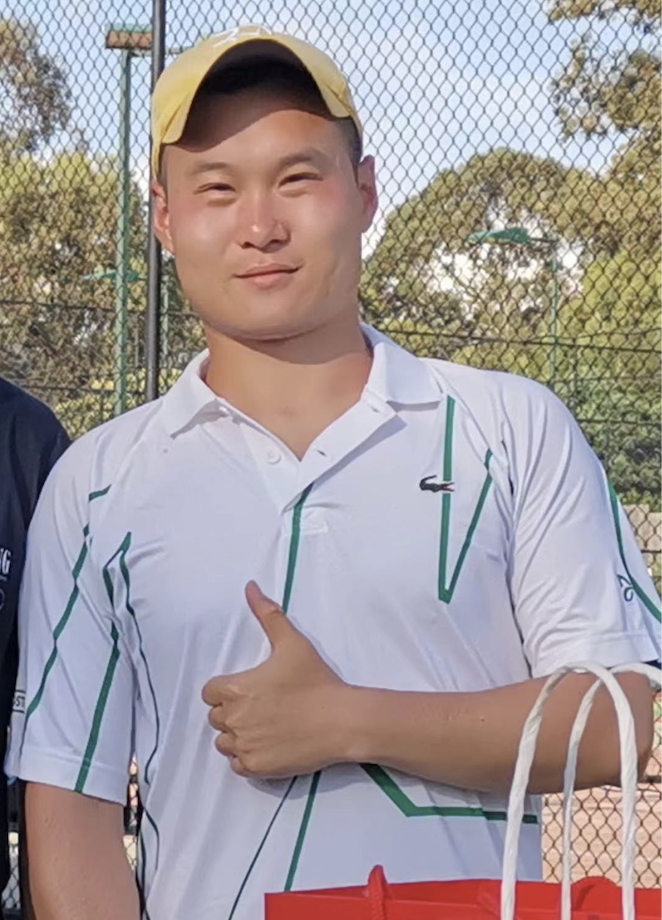 Tao has been playing tennis since he was 9. and coaching tennis around 10 years till now. He played at high performance level in China and reached top 50 in the county when he was 13. He love coaching the skills of game in a simple, interesting way that build up players confidence and improve their techniques. As a coach, he has passion to learn, not only improving skills by himself, but also learning coaching techniques from other coaches and even his students. He hops to use his enthusiasm and coach technique make tennis more fun. 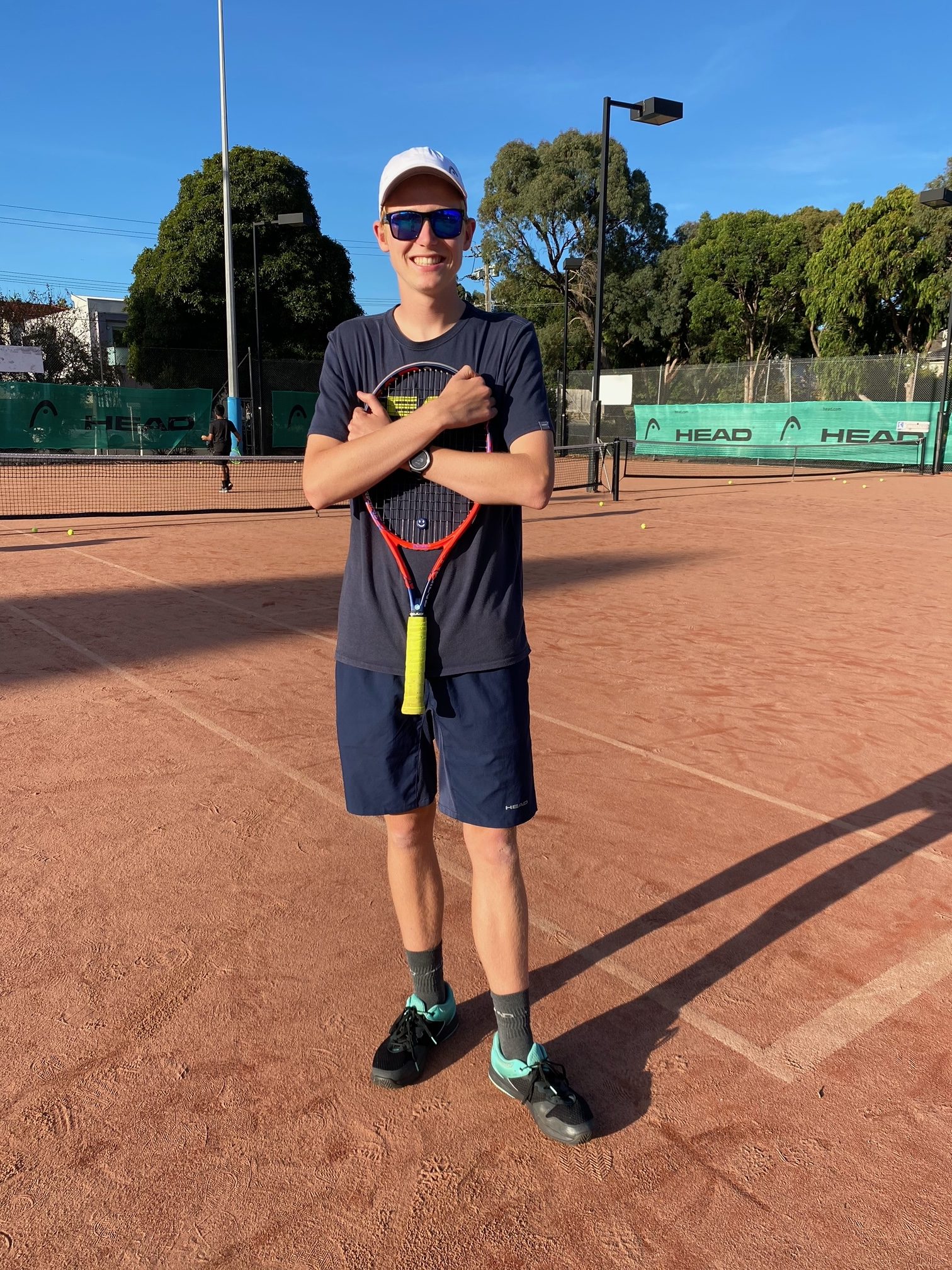 Tim has been playing tennis at Box Hill Tennis Club since he was 5 years old. He has been part of the Future Demand Tennis team for little over a year and a half. Tim became a coach because he enjoys teaching kids a sport that he loves and wants to help develop the next generation of tennis superstars. Outside of coaching Tim loves watching sport and drawing. 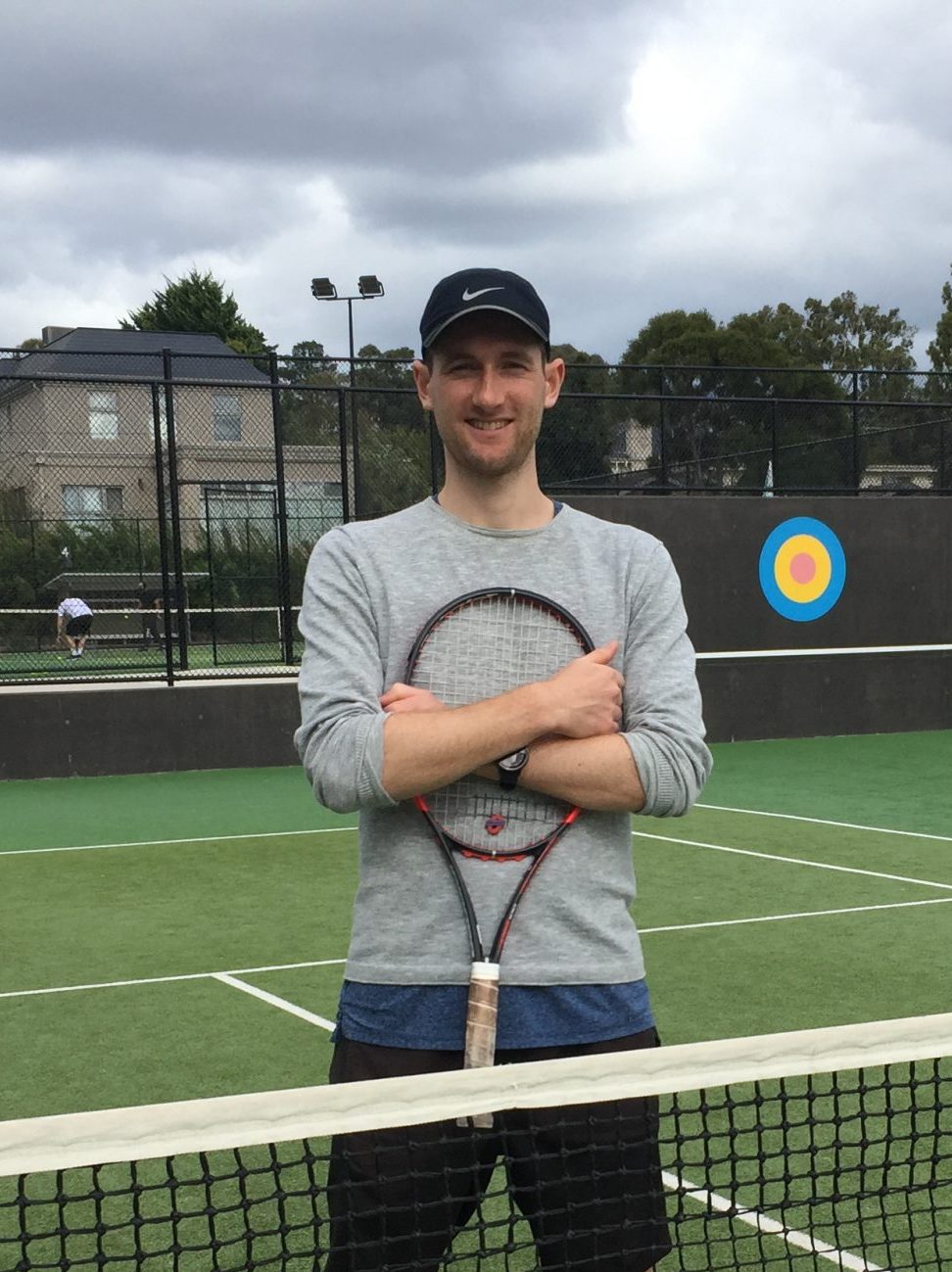 With a passion for tennis and over 10 years of competitive experience, Tom is a dedicated and enthusiastic coach who enjoys working with junior students of all ages and abilities. Tom’s goal is to create a safe, inclusive, and fun environment, while helping build players’ confidence and progress their skills and fitness.

His favourite part of coaching is supporting a student to translate feedback and observation into action and leave the lesson having mastered at least one new and tangible skill on the court; this could be anything from helping a player to perfect their forehand topspin, to watching a newer student nail the fundamentals by the end of the first lesson.

Off the court, Tom is a writer and communications professional. You’ll also find him entering open water swimming events and sipping on Melbourne’s world-renowned coffee whenever he can get it. Tom is undertaking his Junior Development Coaching Course (Incorporating Cert III in Sports Coaching) with Tennis Australia in 2021. 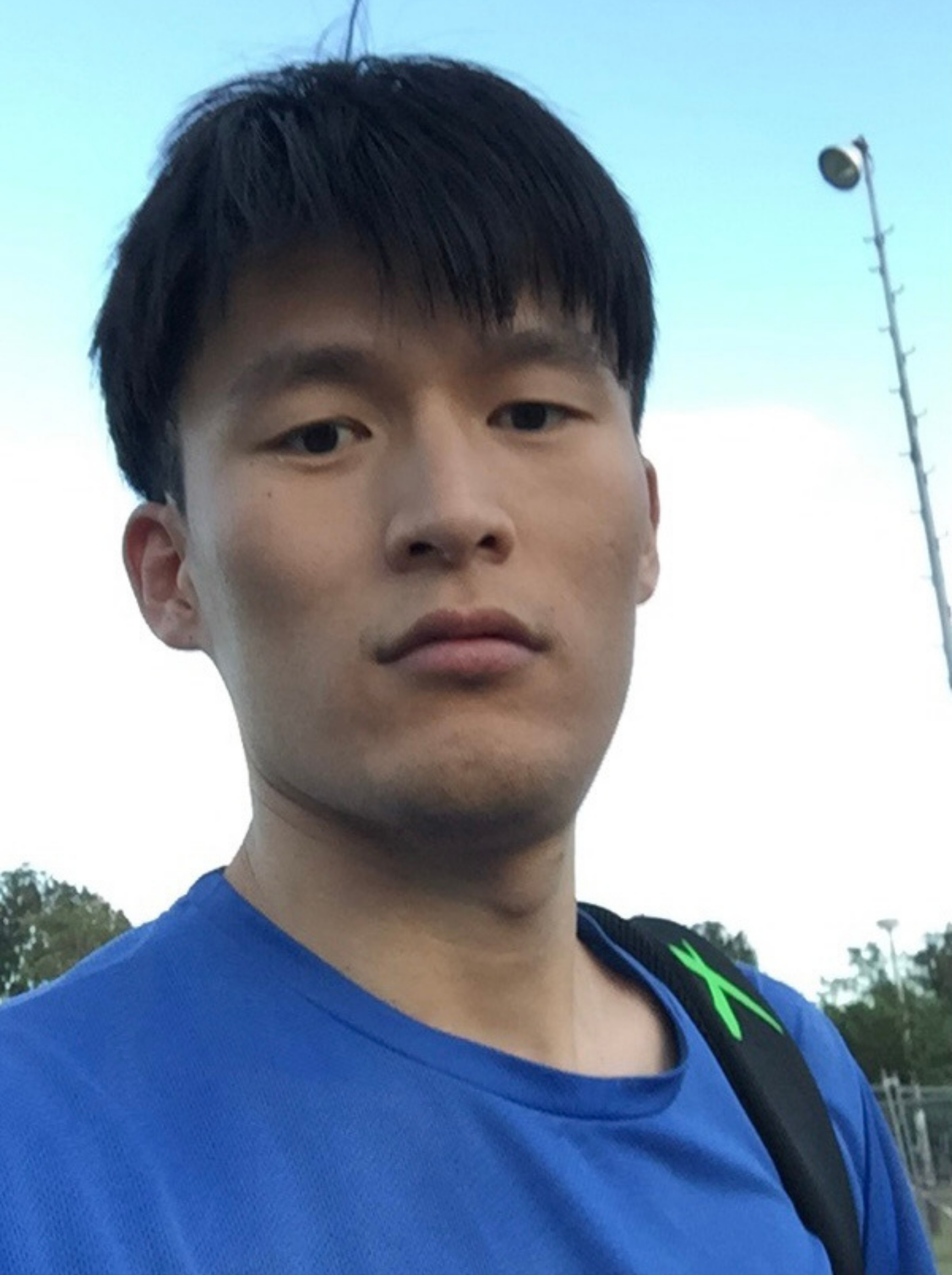